Castillon is off the radar of many claret fans, yet La Clarière proves its wines can match St Emilion next door. With over 150 awards, including Paris’ top Lauréat, La Clarière deserves its title as “leading estate in Côtes de Castillon” (Decanter).

Since Tony Laithwaite first worked in Castillon, in 1967, he has been a champion of the region. As Wine International wrote, he believes: “If it weren’t for the [political] line dividing Castillon from Saint Emilion, its wines would be twice the price. The hills are the same, the soil is the same, the exposure is the same.” In 1980 Tony bought Château La Clarière and has been proving his point ever since, winning over 150 awards and twice winning Paris’ Lauréat Prix d’Excellence. No expense is spared on his wine – low yields promoting intensity, rigorous sorting in the cellar for quality, and ageing in the finest new French oak. This is a luscious claret with intense fruit, mocha and spice notes. Decant and serve with fine red meat dishes.

“Spot on! Juicy, lovely vibrancy and freshness making the fruit sing out of the glass” Online Review
For the 2018 vintage 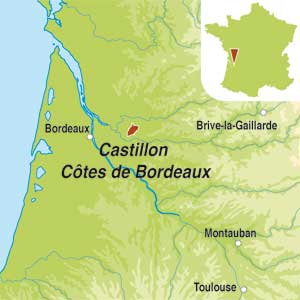 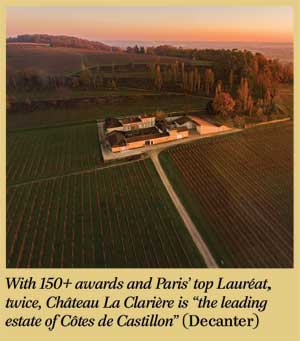